Gilead is testing an experimental Ebola candidate for coronavirus.

Looking for more stock ideas like this one? Get them exclusively at The Total Pharma Tracker. 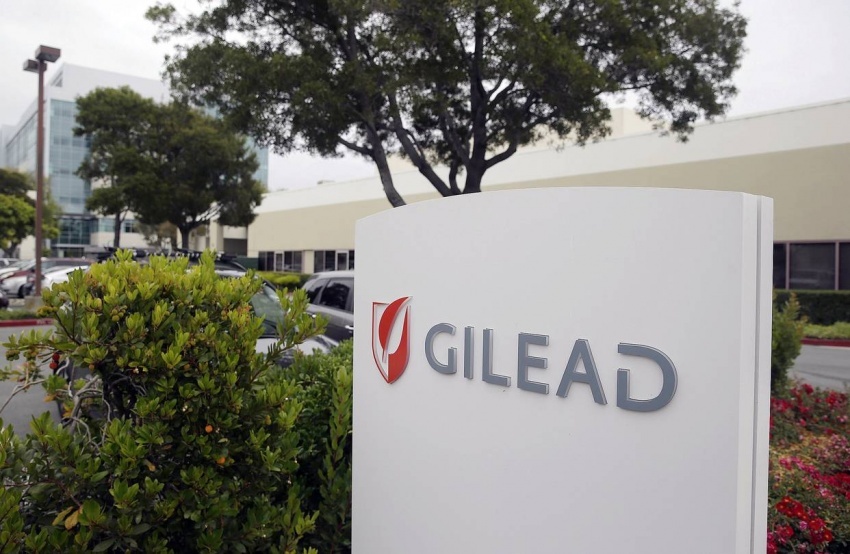 Gilead Sciences (GILD) announced that it is currently in the process of evaluating the use of its experimental Ebola candidate, Nuc inhibitor GS-5734, for treating 2019-nCov infection. The company is currently engaged in active discussions with clinicians and researchers in China and the United States.

China has currently put a couple of its cities on lockdown to arrest the spread of coronavirus. However, several cases of the ailment have been reported outside of China, thus sparking fears of a global outbreak. The US National Institute of Allergy and Infectious Diseases (NIAID) stated that it is in discussions with Gilead about the use of Remdesivir as a potential treatment for coronavirus. However, it should be noted that Gilead is not the only pharma company working in that direction.

Remdesivir was originally developed for treating Ebola patients but was found to be ineffective. Coronavirus mainly attacks the respiratory system and may lead to conditions such as Severe Acute Respiratory Syndrome and Middle East Respiratory Syndrome (MERS). Gilead has claimed that the medication has been found to be active against other coronaviruses in animal and lab studies. Apart from Gilead, Moderna is also working towards bringing its experimental vaccine into Phase I trials. However, the process is expected to take nearly three months.

It is believed that the people in China were infected by eating small mammals called civets, and these civets were presumably affected by bats. The original animal host for the disease-causing strain is yet to be identified. Apart from Gilead and Moderna, Novavax Inc. (NVAX) of Rockville, Maryland, is also working towards developing the likely treatment for the virus. Vir Biotechnology Inc. (VIR) of San Francisco is looking into the monoclonal antibodies in its library and finding whether these can bind and neutralize the coronavirus. It is also looking to identify the receptors used by the virus in humans to find new approaches for dealing with the issue.

The latest news has provided a new lease of life to Gilead stock, which recently declined close to its 3-year low of .32. The news about the company's endeavor to develop coronavirus treatment not only provided positive fillip to the stock, but also helped the broader index to show gains.

Gilead stock had a tumultuous past 12 months, as it lost nearly 10 percent of its value. The company had been dealing with a number of issues, including competition from generics. It is on the verge of losing exclusivity on some of its most lucrative drugs, including Letairis, Epclusa and Harvoni. The former drug is used to treat hypertension, while the latter two are hepatitis C treatments. Combined, these three drugs added more than .6 billion to the company’s top line in 2018.

On the positive side, the company is working towards several other ailments, such as autoimmune diseases. Gilead has inked a deal with an East Bay startup, Kyverna Therapeutics, for this purpose. The collaboration explores the use of cell therapy for managing autoimmune diseases. So far, cell therapy has mainly been used for developing treatment for cancer. The deal also fortifies the Gilead’s position in cell therapy segment. The company had spent .9 billion to acquire Kite Pharma in 2017 and another 7 million to buy out Cell Design Labs Inc. The latter’s smart cell technology is now being used for new Kyverna tie-up.

Gilead is also likely to benefit from its tie-up with Galapagos (GLPG), which is expected to boost its research and development capacity. With its strong pipeline, the company seems to be in position to make up for the losses caused by competition from generic drugs.

The new data shows the potency of the drug candidate as assessed by in vitro assays involving peripheral blood mononuclear cells from patients suffering from Crohn’s disease or Ulcerative colitis and in vivo mouse models of colitis. The drug candidate has earlier shown potent immunosuppressive activity in various in vitro and in vivo models of disease. Some of the main ailments included in the model are inflammatory arthritis, systemic lupus erythematosus, multiple sclerosis and Sjögren’s syndrome.

Alpine Immune Sciences is a clinical-stage immunotherapy company and focuses on developing novel treatments for cancer and autoimmune, inflammatory diseases. The latest update has received positive response from the market as well as from analysts. The company is working on ALPN 101 and ALPN 202. The latter is a programmed cell death protein ligand 1 and cytotoxic T-lymphocyte associated protein 4 (CTLA-4) antagonist.

Intuitive Surgical (ISRG) stock reacted negatively to the company’s fourth-quarter and full-year results for 2019, which were largely positive vis-a-vis consensus estimates. The company reported 22 percent increase in its revenue to touch .28 billion figure, while its income from operations grew 19.8 percent. Intuitive reported that its research & development expenses also grew 30 percent on a year-over-year basis. The company surpassed consensus estimates for .37 per share in earnings for the fourth quarter by posting .48 per share in earnings.

While the markets reacted negatively to the news, analysts have retained their largely positive view of the stock. The company reported 37 percent increase in its revenue on a year-over-year basis. The increase in international revenue is mainly on account of higher accessory and instrument sales due to procedure growth. Intuitive also provided its outlook for 2020 - the company expects its full-year procedure growth to be in the range of 13-16 percent.

Thanks for reading. At the Total Pharma Tracker, we do more than follow biotech news. Using our IOMachine, our team of analysts work to be ahead of the curve.

That means that when the catalyst comes that will make or break a stock, we’ve positioned ourselves for success. And we share that positioning and all the analysis behind it with our members.

Disclosure: I/we have no positions in any stocks mentioned, and no plans to initiate any positions within the next 72 hours. I wrote this article myself, and it expresses my own opinions. I am not receiving compensation for it (other than from Seeking Alpha). I have no business relationship with any company whose stock is mentioned in this article. 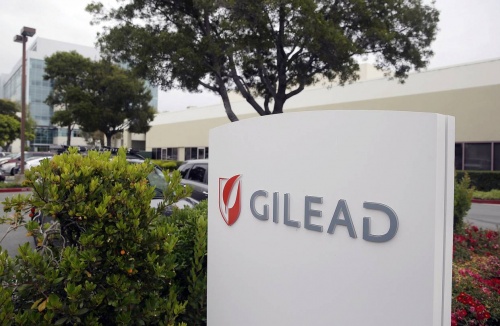 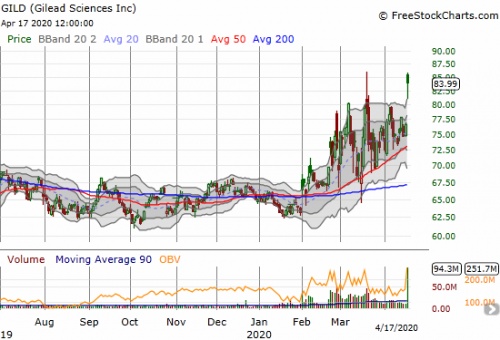 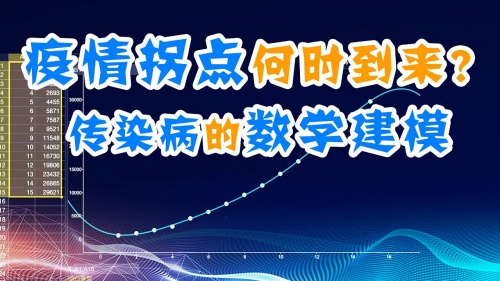 May 7 2020 - Gilead Sciences: Rapidly Building Up One Of The World's Best-Recognized Brands 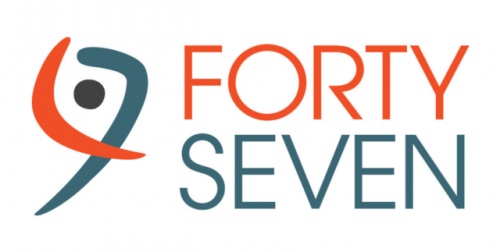 Mar 17 2020 - Gilead Sciences - Even Not Counting COVID-19, The Company Has Significant Potential 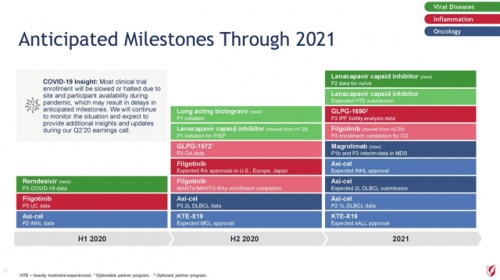 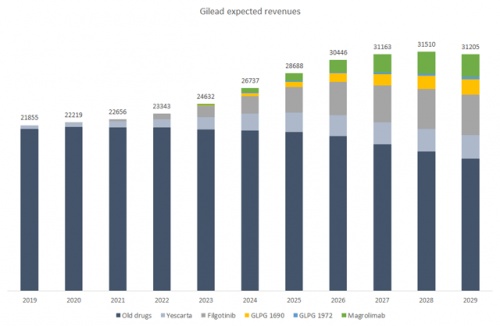 May 1 2020 - Gilead: Despite Its Recent Surge, The Stock Did Not Reach Its Fair Value Yet